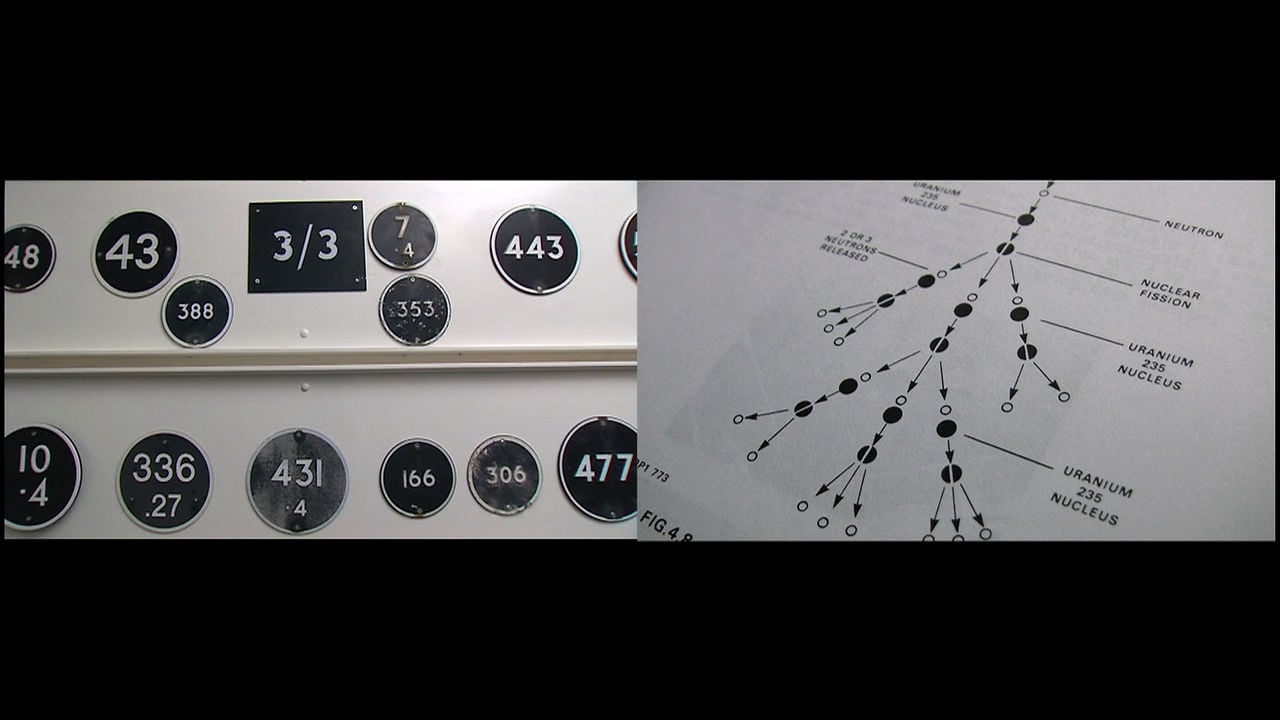 Artist Chris Oakley’s film ‘Half-life’ looks at the histories of Harwell, birthplace of the UK nuclear industry, and the development of fusion energy technology at the Culham facility in Oxfordshire. Produced with the cooperation of both these organisations, the film examines nuclear science research through a historical and cultural filter. Drawing on archive footage of the sites, alongside contemporary materials, the work takes structural clues from nuclear physics, exploring the heritage of nuclear energy from the roots of the technology that drove the industrial revolution. The relationship between nature, and our reliance on mineral energy resources, and the portrayal of the often-mundane realities of nuclear research seek to ‘normalise’ emotionally driven debates around the subject. With the recent widespread acceptance of the reality of climate change driven by carbon dioxide emissions, the work explores the realities and myths surrounding the nuclear sciences.

Commissioned by the Arts Catalyst and SCAN.